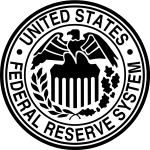 The Democratic Party has made “income inequality” a signature issue for the 2014 (and, presumably, 2016) election cycle.  Democrats, en masse, shout “J’accuse!” at Republicans. There is a very different story to tell. “Income inequality” is a crude, and twisted, heuristic for stagnant median family income.   “Income inequality” does not really resonate with voters, as noted by the Washington Post‘s own Catherine Rampell, with a mountain of evidence showing that Americans don’t begrudge the wealthy their wealth, just are frustrated at the lack of widespread economic opportunity. So let’s get down to cases.  Stagnant median family income is not the GOP’s fault.  It’s the Fed who done it.

The Atlantic Media Company’s Quartz recently claimed that the Fed has been intentionally keeping a lid on wages.  This has potentially major political implications.  Among other things, this view would allow the Republicans to push the discourse back toward the real problem, wage stagnation.  It can serve to refocus the Congress on the real solution, restoring real, rule-based, integrity to monetary policy as a way to get America moving again.

A culpable Fed gives irony to the fact that it is the Democrats that protect the Fed as if it were the Holy of Holies of the Temple.  What if, as asserted in Quartz, the Fed, by policy, and not the GOP, is the source of wage stagnation?  This opens an opportunity for the GOP to parry the political narrative of “income inequality” and feature the real issue on the mind of the voters and forthrightly to address its core cause, poor monetary policy.

This has been slow to happen because Federal Reserve has exalted prestige. The elite media has a propensity to canonize the Chair of the Fed.   Media adulation has obscured the prime source of the stagnation besetting American wage earners for the past 43 years.

Paul Volcker’s life was exalted (with some real justification), for instance by New York Times prize-winning journalist Joseph B. Treaster as The Making of a Financial Legend.  Downhill from there…

Chairman Greenspan was featured on the cover of Time Magazine’s February 15, 1999 issue as the most prominent member of “The Committee To Save The World.”  One of the greatest investigative journalists of our era, Bob Woodward, wrote a deeply in-the-tank hagiography of Alan Greenspan, entitled Maestro. In retrospect, the halo the media bestowed was faux.

The Atlantic Monthly, in its February 12, 2012 issue, featured Fed Chairman Ben Bernanke on its cover as The Hero.  (Hedging its bets, The Atlantic ran a duplicate inside cover referencing him as The Villain.)  Author Roger Lowenstein wrote: “Ben Bernanke saved the economy—and has navigated masterfully through the most trying of times.”  The adulation for Chairman Bernanke, in retrospect, seems overdone.  Even President Obama, at the end of Bernanke’s final term, gave him a not-so-subtle push out the door, as reported by CNN: “He’s already stayed a lot longer than he wanted, or he was supposed to….”

It’s Janet Yellen’s turn for media canonization.  This is premature.

Madame Yellen’s institutional loyalty and obvious decency command this columnist’s respect. Her intentions present as — profoundly — good.  That said, the road to a well-known, notorious, destination is said to be paved with good intentions.  Moreover, canonization demands that a miracle be proven.  None yet is in evidence.

The canonization of Madame Yellen began in earnest with an August 24 article in Politico by Michael Hirsch, The Mystery Woman Who Runs Our Economy. The process was taken up to the next level the very next day in an article by Matt Phillips in Quartz, Janet Yellen’s Fed is more revolutionary than Ben Bernanke’s ever was.

Hirsch tees it up in Politico nicely:

As has been written, Yellen is clearly passionate about the employment problem. It was no accident that the theme of this year’s Jackson Hole meeting was “labor market dynamics,” and the AFL-CIO’s chief economist, Bill Spriggs, was invited while Wall Street economists were not.

Yellen is also very cagey about whether that’s happening or not: She’s playing her own private game of chicken with inflation, indicating that she wants to see more wage growth for workers (another thing that’s hard to track ahead of time) before she raises rates. Beneath the careful analysis and the caveat-freighted sentences, the bottom line seems to be: “We’re making this up as we go along.”

Phillips, in Quartz, observes that it has been Fed policy to suppress wages for two generations.  Phillips:

From her position as the world’s single most powerful economic voice, the chair of the US Federal Reserve, Janet Yellen, is forcing the financial markets to rethink assumptions that have dominated economic thinking for nearly 40 years. Essentially, Yellen is arguing that fast-rising wages, viewed for decades as an inflationary red flag and a reason to hike rates, should instead be welcomed, at least for now.

It might sound surprising to most people who work for a living, but for decades the most powerful people in economics have seen strong real wage growth—that is, growth above and beyond the rate of inflation—as a big problem.

Phillips then gets to the point, providing what passes for economic wisdom among the enablers of the Fed’s growth-sapping (including wage-enervating) interventions.

Since the end of the Great Inflation, the Fed—and most of the world’s important central banks—have gone out of their way to avoid a replay of the wage-price spiral. They’ve done this by tapping on the economic brakes—raising interest rates to make borrowing more expensive and discourage companies from hiring—as wages started to show strong growth.

If she’s right, and American paychecks can improve without setting off an inflationary spiral, it could upend the clubby world of monetary policy, reshape financial markets, and have profound implications for everything ….

Higher real wages, without exacerbating inflation, indeed would be something to cheer.  That, demonstrably, is possible.  The devil is in the details.

There’s persuasive, even compelling, evidence that the international monetary system is better governed by, and working people benefit from, a smart rule rather than the discretion of career civil servants, however elite.  An important Bank of England paper in 2011, Financial Stability Paper No. 13, contrasts the poor performance, since 1971, of the freelancing Fed with the precursor Bretton Woods, and with classical gold standard, rules.  This paper materially advances the proposition of exploring “a move towards an explicit rules-based framework.”

A rule-based system would represent a profound transformation of how the Fed currently does its business. House Financial Services Committee Chairman Jeb Hensarling (R-Tx) said, in a recent hearing, that “The overwhelming weight of evidence is that monetary policy is at its best in maintaining stable prices and maximum employment when it follows a clear, predictable monetary policy rule.”

Madame Yellen stated that “It would be a grave mistake for the Fed to commit to conduct monetary policy according to a mathematical rule.”  Contrast Madame Yellen’s protest with a recent speech by Paul Volcker in which he forthrightly stated: “By now I think we can agree that the absence of an official, rules-based cooperatively managed, monetary system has not been a great success.  In fact, international financial crises seem at least as frequent and more destructive in impeding economic stability and growth. … Not a pretty picture.”

Madame Yellen’s ability to achieve her (postulated) goal of rising real wages in a non-inflationary environment likely depends on who is right here, Yellen or Volcker.  It is a key issue of the day.  The threshold issue currently is framed as between “a clear, predictable monetary policy rule” and the discretion of the Federal Open Market Committee.  The available rules are not limited to mathematical ones but, to achieve real wage growth and equitable prosperity, the evidence fully supports the proposition that a rule is imperative.

Getting real wages growing is a laudable, and virtuous, proposition.  Premature canonization, however, is a flattering injustice to Madame Yellen … and to the Fed itself.  The Federal Reserve is lost in a wilderness — “uncharted territory” — partly, perhaps mainly, of its own (well-intended) concoction.

The road to the declaration of sainthood requires, according to this writer’s Catholic friends, documentation of miracles.  If this writer may be permitted to play the role of advocatus diaboli for a moment … no American Economic Miracle — akin to the Ludwig Erhard’s German “Economic Miracle,” the Wirtschaftswunder, driven by currency reform — yet appears in evidence.

Expertise, which Chair Yellen certainly possesses in abundance, can lead to hubris … and hubris in disaster as it did in 2008.  Good technique is necessary but not sufficient.

As this writer elsewhere has noted,

Journalist Edwin Hartrich tells the following story about Erhard …. In July 1948, after Erhard, on his own initiative, abolished rationing of food and ended all price controls, Clay confronted him:

Clay:  “Herr Erhard, my advisers tell me what you have done is a terrible mistake. What do you say to that?”

Erhard: “Herr General, pay no attention to them! My advisers tell me the same thing.”

Madame Yellen by dint of her decency and intellect may yet prove capable of restoring the Great Moderation … and the real wage growth, with low inflation, that went with that.  Yet, at best, Great Moderation 2.0 would be, as was its predecessor, a temporary, rather than sustainable, solution. “Making it up as you go along” is a proposition fraught with peril.

At worst, if Madam Yellen has, as observers such as Forbes.com‘s John Tamny detect, a proclivity for cheapening the dollar as a path to real wage growth she easily could throw working people out of the frying pan and into the fires of inflation.  Moreover, the Fed’s proclivities toward central planning may be one of the most atavistic relics of a bygone era.  Central planning, by its very nature, even if well meant, always suppresses prosperity.   As the sardonic statement from the Soviet Union went, “So long as the bosses continue to pretend to pay us we will pretend to work.”

Some who should know better ignorantly, and passionately, still are stuck in William Jennings Bryan’s rhetorically stirring but intellectually vacuous 1896 declaration, “You shall not press down upon the brow of labor this crown of thorns, you shall not crucify mankind upon a cross of gold.”  This is a plank that won Bryan his party’s nomination and cost him the presidency… three times. The electorate knows that cheapening the money is the problem, not the solution.

The Fed, not the gold standard, pressed down the crown of thorns upon labor’s brow. The GOP, rather than playing rope-a-dope on “income inequality,” would do well to dig down to find the monetary rule with which to restore a climate of equitable prosperity and real wage growth.  Results, not intentions, are what counts.

There is abundant evidence that the right rule-based system would not be a “grave mistake” but a smart exit ramp back to growth of real wages.  Anything the Fed does that departs from a dollar price rule is anti-equitable-prosperity.  Anything else hurts all, labor and capital. The Congress, under the leadership of Chairmen Garrett (R-NJ) and Hensarling (R-Tx), whose committee has in front of it the Federal Reserve Accountability and Transparency Act and Joint Economic Committee Chairman Kevin Brady’s (R-Tx) Centennial Monetary Commission, at long last, is bestirring itself. Now is the right time to amp up the crucial debate over monetary policy … by enacting both of these pieces of legislation.

Republished with permission from Forbes.com

View all posts by editor